How to Escape the Attack and Defend Cycle

Many of the couples I work with come to me because they find themselves in what I call the attack and defend cycle. Usually, a couple will come in with very specific issues they want to resolve. They think the topic at hand is the most important part of their relationship issues, and unfortunately, it’s never that simple.

Instead of focusing on the what, I push them further and ask that they think about the how. How they have arguments is much more important than what any single argument is about. My role is to show them that no matter what’s going on, an argument is a choice.

Why do we start fights?

Often couples fight because they don’t know what else to do.   I recently had a couple tell me that another counselor told the husband his wife was “verbally abusive” and advised him to set strong boundaries by saying something like, “you don’t get to talk to me like that.” He did so, and they wound up having the worst fight of their relationship.

I tried to explain to him why what seems like a good idea (standing up for yourself) can backfire and make things worse in the end.  When he said, “you don’t get to talk to me like that” his wife felt hurt, angry, and unheard.  She knew that this wasn’t the way he typically responded to her and later felt betrayed when she found out the therapist had labeled her an abuser.

He, on the other hand, was grateful for the advice from the therapist. He often did feel beaten up by their arguments and wanted to make them stop. When the result was an escalation, both of them felt more hurt and confused than when they started therapy.

Trust is a must

When there’s no trust it’s safer to just accuse and attack our partners. That’s the REAL problem that may never get addressed. It’s not about verbal abuse, it’s about a lack of trust and emotional safety in the relationship. If your partner shuts you down with a “you don’t get to talk to me that way statement, then it seems even less safe.  There is the shame that comes from being labeled an abuser that is sure to escalate any argument.

There is nothing wrong with setting boundaries in relationships. I advise couples to set them all the time. But there is a difference between trying to stand up for yourself when your partner is verbally abusive and when your partner is just in a bad place and isn’t doing a good job expressing their feelings.

What to do when attacked

Deescalate with empathy. For example, if one person attacks and says, “you’re so lazy and you never help out around the house,” the other can choose to listen for the part of the criticism they can understand and verify.  An empathetic response like, “you’re right, I haven’t been helping around the house” will deescalate the situation. Once things have cooled down you can a reasonable and productive discussion.

Often we only listen to the part of our partner’s complaint we can refute, and we ignore anything that’s true because it’s too painful to admit we were wrong. For example, “how can I be lazy when I work 50 hours a week?” but you ignore that you aren’t helping around the house.

If the person who normally gets defensive can listen with the goal of trying to understand their partner’s complaint a fight is less likely to take place.  Most of us just want to be heard, to be understood, and to feel like our partner understands us.

For my clients that are usually on the defensive, I challenge them to ask their partner if they’ve been hurt or let down.  This sends the message that you are willing to listen and that you want to hear about your partner’s experience.

When we attack, we aren’t trying to hurt our partner. As I often explain to my clients, if one person is triggered they will lash out because it’s easier than making themselves vulnerable. When you listen to your partner and try to UNDERSTAND them, even if they aren’t doing a perfect job of communicating, arguments often go better and are more productive, leaving couples feeling closer in the end, as opposed to further apart.

So I just have to take the attacks

I teach my clients who tend to attack, that they should expect a defensive response and that when you put your partner on the defensive it’s hard to remain rational. By starting the discussion with an attack you are starting the attack and defend cycle which only leads to further escalation.

Ideally, the person who tends to be attacking can calm down by reminding themselves that their partner does care about them, that their partner can be trusted and that things will get resolved if they starting asking for help and stop lobbing insults. I call this “asking with curiosity. Try to tell your partner what you are thinking or what your problem is and then ask them what they think.

Tone down the attacks or avoid getting defensive

You both don’t have to be perfect every time an argument is about to arise. I tell the couples that I work with that if one of them can either tone down the attacks or avoid staying on the defensive, they can break out of the attack and defend cycle. A fight is only a fight because one person feels attacked so they defend themselves. A fight only escalates if we breathe air into it.

Getting out of the attack and defend cycle can be very difficult to do. If you try these methods and you are still engaged in unproductive fights see a couples therapist as soon as possible.

Here’s resource to help you find a therapist that will work for you.  Couples think that it’s what they are fighting about that is important, but as therapists, we know that the real problem is how you talk about your relationship struggles.  If you change how you talk about things, there is the potential for feeling closer in the end. 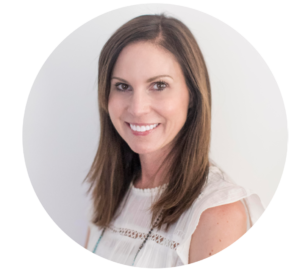 A Licensed Marriage and Family Therapist  with over 15 years of experience, Barbi works with individuals and couples to help resolve issues that have them feeling stuck in life. She’s based in Newport Beach, California.

What are you REALLY arguing about? 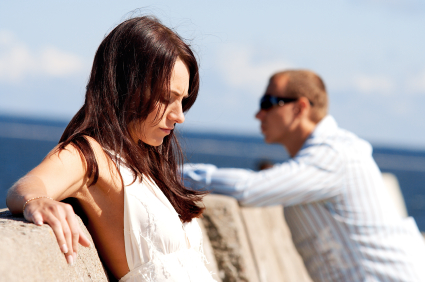 Why Can’t My Partner Read My Mind? 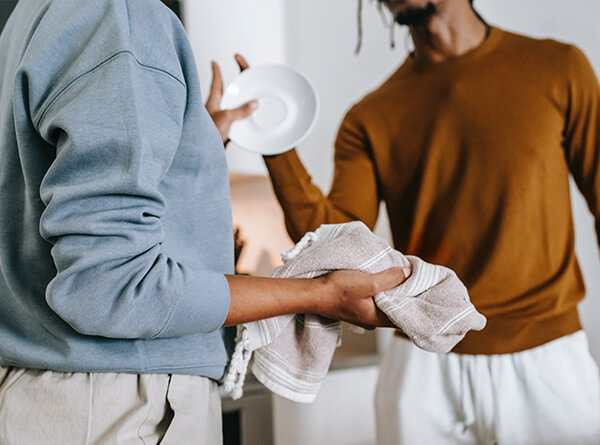 The 5 Levels of Attack 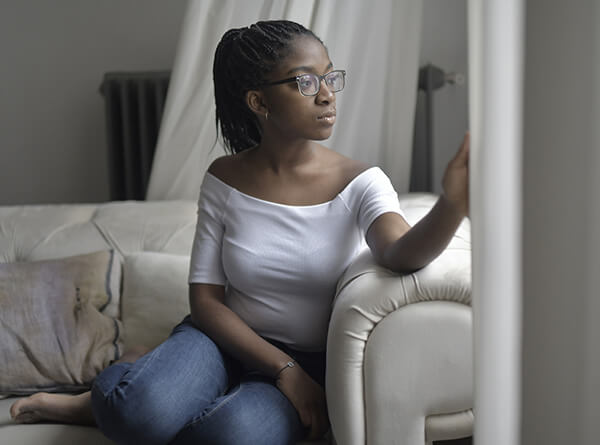 Do You Know Your Triggers? 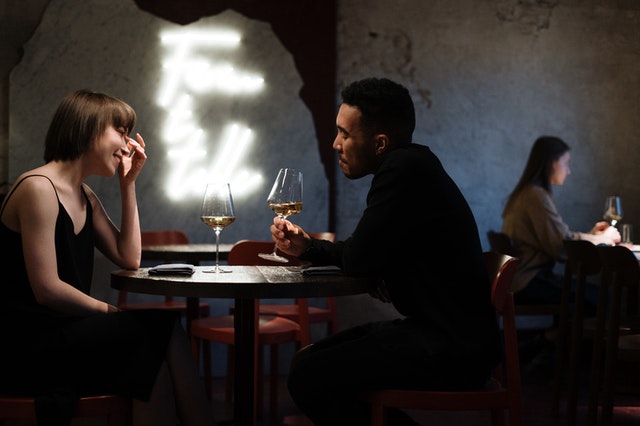 Speaking so that your partner will listen

There are a few simple rules to follow to ensure that your partner will be more open to listening to your concerns. 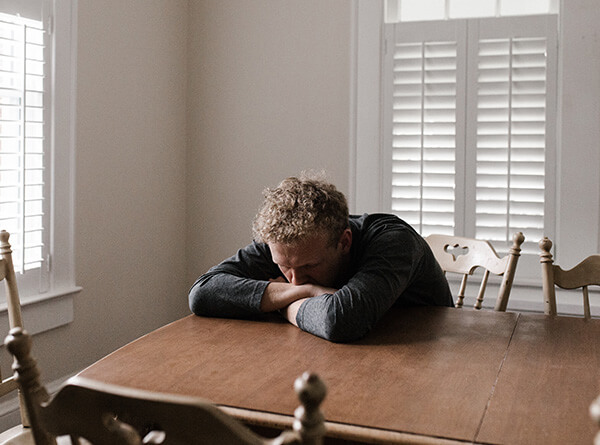 Tips to Manage Anxiety through Mindfulness and Self-Compassion

Life can be difficult. Knowing how to soothe yourself and practice self-compassion is important for helping to manage anxiety, stress, and depression. 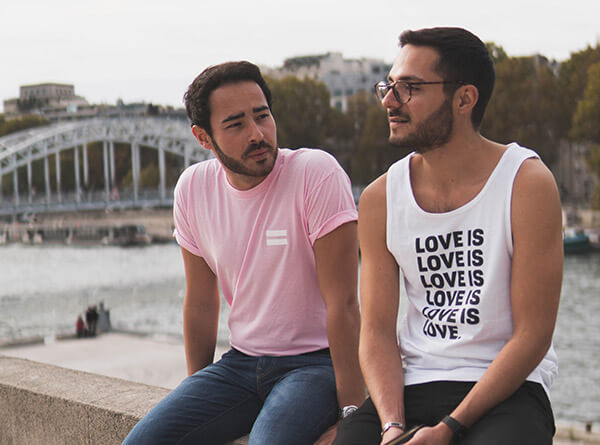 Why Can’t My Partner Read My Mind?

Couples need to give up the myth that their partner can read their mind, and instead, they need to figure out what they want, need, and expect in the relationship and communicate that openly to their partner.

What You Are Really Arguing About